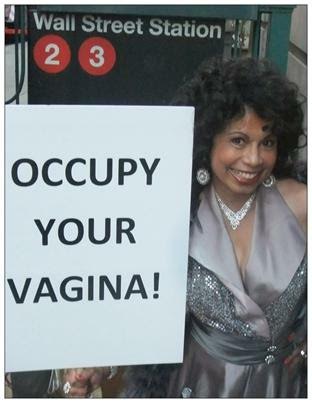 I always like to ask, what would you say to a stranger if they came up to you and asked “What do you do?”
I’m a storyteller. I give life to scripted material by taking it off the page, making it three-dimensional and and infusing it with humanity.

Tell me more about career? How long have you been an actress? What are some of the things you have been involved in?
I’ve been a member of the Screen Actors Guild (now SAG-AFTRA) for almost 40 years, and a member of Actors Equity (AEA) for almost that long.
My first professional job was with Off-Centre Theater company, which had a contract to provide lunchtime entertainment for the New York City Parks Department. I made $75 a week plus tips when we passed the hat. That was in 1974.

The New York theater scene was very fertile back then and I worked a lot Off and Off-Off Broadway. My first big show was Take It From The Top with the legendary Ossie Davis and Ruby Dee in 1979. They were lovely people and just delightful to work with. They set the standards for me in professional decorum both on and offstage. The previous year I had filmed the movie, The Wiz. Diane Ross came to the play to see Ossie and Ruby and when she saw that I was in it too, she made a point to come to my dressing room and compliment me on my work. She’s another star who’s a real pro and also gracious to work with.

My experience has been that the more talented folks are, the nicer they are to work with. The ones with more ego than talent are the ones who tend to act like jerks.

My “day job” was doing TV commercials. I did a campaign for Total Cereal that even landed me on the cereal box! My mom must have bought 30 boxes of the stuff. She loved going through the checkout line and bragging “That’s my daughter!”

My first big job on television was on the ABC soap opera, Edge of Night. I was the distaff half of “Calvin & DiDi,” one of the first black super-couples on daytime TV. When the show went off the air in 1985, I moved to Los Angeles and landed the role of “Ellen Parker” opposite O.J. Simpson on HBO’s first hit show, First & 10. I was on that show for three seasons.

The 1980’s and early ’90’s was a heyday for black sitcoms and I guest-starred on most of them. Then, in 1991, I landed the series regular role of “Elizabeth Royal” with Redd Foxx and Della Reese. Naya Rivera was 4 years old at the time and she played my daughter. Silver Gregory played my oldest daughter and Larenz Tate played my son.

The show was cancelled after Redd died but I continued to work steadily on TV in recurring and guest-starring roles. Most recently, I did two episodes of NBC’s The Blacklist. I haven’t done as much film work, but two of them have become classics, The Wiz and the cult comedy, Class Act, where I play rapper Kid’s mom. 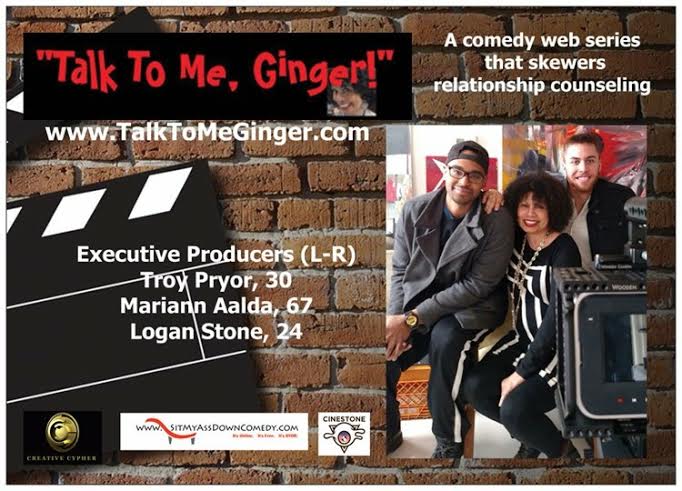 I have heard from a lot of actors and musicians and creative types, that they always KNEW, this is what they were destined for. How about yourself? What was that one moment in life or culmination of moments when you knew, you HAD TO PERFORM?
Acting isn’t so much a career choice as it is a “calling.” With some, the flame burns from an early age, with others, it ignites later in life. It’s not something one decides to do, it’s what one MUST do. I always knew.

It’s a difficult path and it’s filled with rejection and disappointment, so I don’t advise getting on it unless you’re as tenacious as you are talented…and passionate about your craft.

You are very accomplished in your acting career. What have been some of your greatest moments? How about some of your biggest setbacks? How did you overcome them?
The ratio of auditions to actually booking a job can be astronomical — as much as 30 or 40 to one — so anytime I book a job is a great moment! But it can set you back if you allow yourself to feel defeated by those odds, So, you’ve got to approach each audition with a clean slate. How do you do that? I guess you’ve just got to have faith in your talent and your destiny. 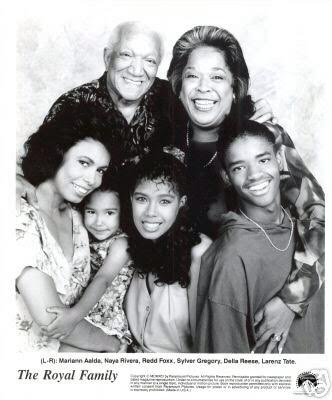 I know that you have many new things that you are doing, like the online series TalkToMeGinger.com and your website, SitMyAssDownComedy.com. Can you tell us more about them? Why should we watch?
Acting roles on television became scarcer once I turned fifty, but fortunately the stage is much more accepting and accommodating, so I returned to my roots of live performing. I did standup comedy for a couple years, but being on the road was not that appealing. In fact, that’s how I came up with the name for my website…I figured I didn’t have to do standup, I could “sit my ass down” and be just as funny.

Four of the theatrical productions I did were invited to be performed a the prestigious National Black Theatre Festival in Winston-Salem, NC; three of them I co-wrote and co-produced. I developed my performance art character, “Adult Sex-Ed Evangelist & Mojo Motivator Ginger Peechee-Keane,” in those shows, which ultimately led to my solo comedy show, Occupy Your Vagina!, which I’ve performed in New York, New Orleans, and which I’m bringing to The 2015 Chicago Fringe Festival.

The web series, Talk to Me, Ginger! is based on the same character, but in private practice as a relationship counselor. Five couples each have a story arc of five episodes, or “sessions,” with Ginger, where she helps them put their relationships back on track. All of the episodes were improvised, and while the characters might be a little wacky — it is a comedy series, after all — the relationship issues are real. Folks should watch because it’s funny AND they might learn something they can apply to their own relationships!
You are a teacher and a mentor as well. (I believe everyone needs a mentor, if they can find one or some) How important is education and helping others to you? Why do you enjoy giving back?

Every actor needs a village. The “elders” provide training and wisdom from experience, while the village members who are their peers provide moral support and camaraderie. It’s important to be in a good village.

A family issue brought me back to my hometown of Chicago last summer from New York. I was introduced to Troy Pryor, and not only did I join his Creative Cypher “village,” I also became one of its elders. I conduct workshops and have been a Creative Cypher representative on Zane number of panels.

Creative Cypher is a collective of artists with different skill sets who pool their resources in support of each other and their projects. Troy and Cypher member, Logan Stone, were co-producers of Talk to Me, Ginger! Several Cypher members are also in the cast.

I don’t think of my participation with the Cypher as “giving back,” I think of it more as being a contributing member to my village. 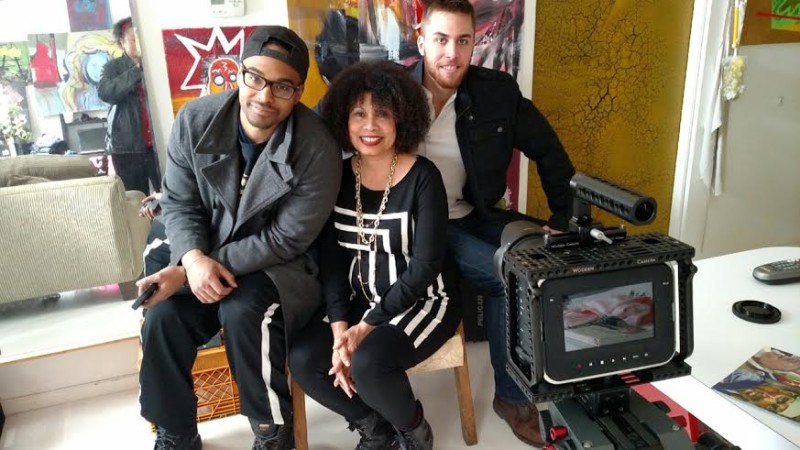 We have a saying here “DO WHAT YOU DESIRE” or #DWYD. How does that apply to what you are doing with your acting career?
Well, I think we’ve already pretty much covered it! Except I will offer this one caveat. It’s really important to discern the difference between what your heart desires and what your head desires. Because unless your heart is in something, you’ll never be able to survive the inevitable challenges and disappointments that come with achieving your goals.

To find out more about what Mariann Aalda is up to theses days — along with seeing classic videos of her work, visit www.SitMyAssDownComedy.com. To check out her web series, go to www.TalkToMeGinger.com.

Speak up! Let us know what you think.