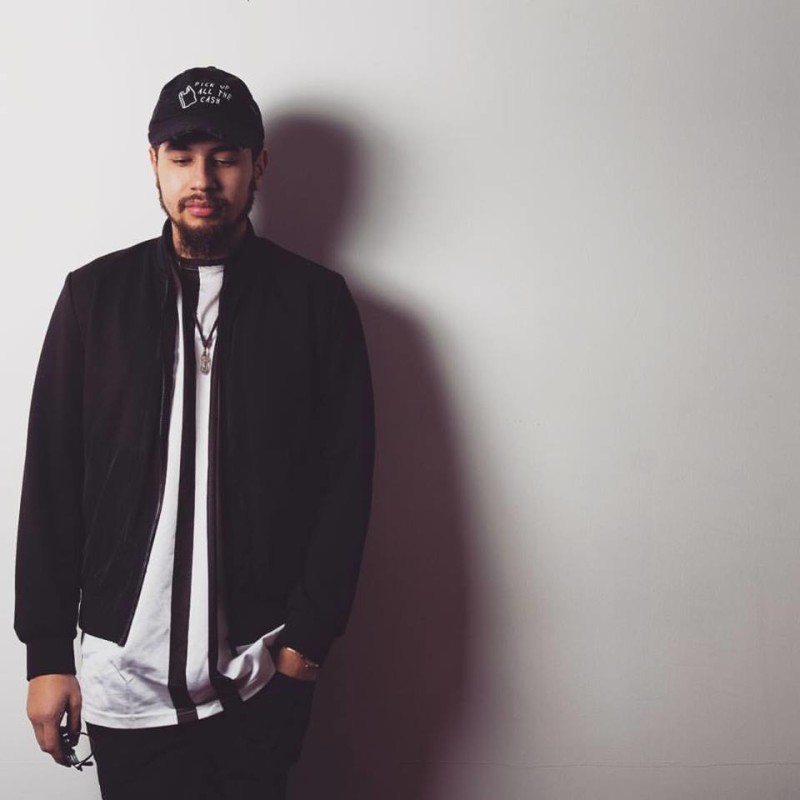 I would like to start off by asking, how is everything in the world of Steven Gonzalez Marin?

Sensational! Very excited for the start of the new year. Many new projects on the horizon which will surely make it a year to remember.

What would you say to someone who walked up to on the street and asked, what is it that you do?

I come up with ideas and I bring incredibly talented people together to bring them to life. I always say I wasn’t blessed with any tangible talents, but I was able to recognize talent, and able to give it the direction and guidance it needs to ensure success. Which I suppose that is a talent of its own.

Can you take me back to your childhood, your “come up”, what inspired you take the path to become a creative director? Was there an “aha moment”? Did you always visualize or expect to live the life you are living now?

Well I graduated high school and I really had no idea what I was going to do. That last year was a struggle and I knew school just wasn’t what I was destined to do.

Last minute I decided to go on a vacation to West Palm Beach, Florida and I never left. I stayed there for a year, and that was the turning point in my life. The energy and atmosphere was just perfect. I meditated, read, wrote, and walked for at least 8 hours a day. I had the chance to really dig deep and figure out who I was and what I was destined to do.

From there I began taking the initial steps that have gotten me to where I am today. I ended up moving back to my home town to take the courses I felt I needed and eventually moved to NY where I officially started the company I had dreamed about in Florida, and also founded IMAGE Gallery with my partners.

I didn’t know how or what path I would take, and I surely didn’t think I’d be involved in some of the things I am involved in today, but I did however know that I would be in the position of working for myself and doing what I love sooner or later. 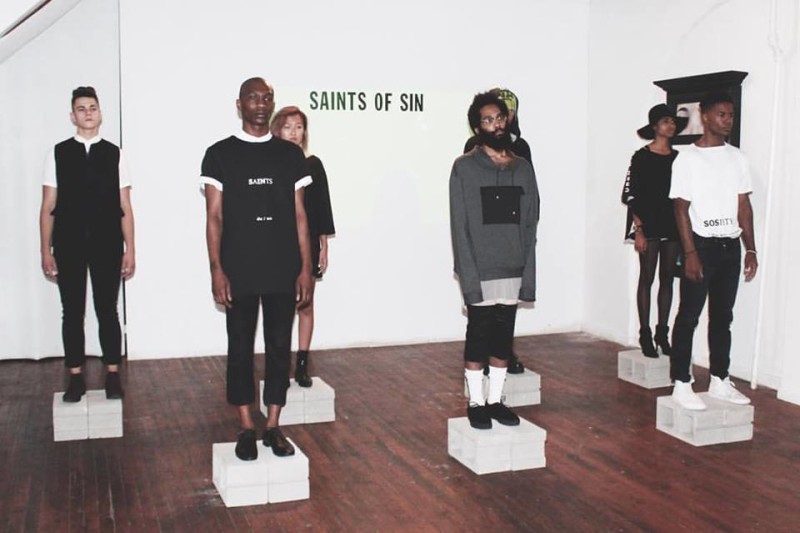 I’ve struggled with the concept of creativity. There was a span in my life where I didn’t think I was creative at all. I couldn’t come up with any ideas that I thought were worthy of anything really.

I just kept trying. I kept surrounding myself with creative people, I would come up with idea after idea, until some of them were actually pretty good. It has almost become like second nature.

I think creativity is a both a skill and a talent. Some people are born with it, some aren’t, but we all have it within. You just have to tap into it. And sometimes that means really digging deep, constantly, and failing numerous times. But its the repetition that makes your ideas great. Even if you were born creative, if you aren’t constantly doing things that stimulate your creativity then it won’t be nurtured and grow to reach its full potential. 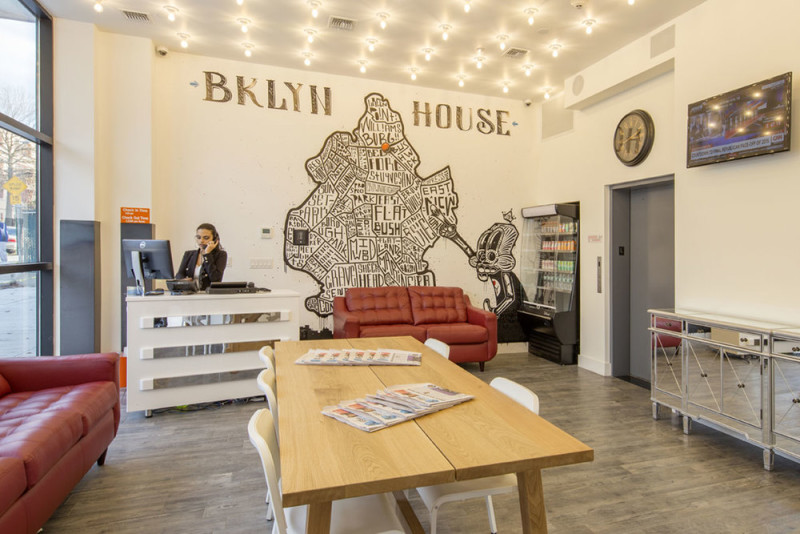 Take us into your creative mind, what is your process? How do you approach creativity? Many creatives are known to lack business sense, how do you balance the two? Any suggestions for our readers?

My purpose is rather simple, I want to create cool stuff that makes a difference in the lives of many. It’s easy to come up with something that is cool, but how do you make something cool and impactful, inspiring and motivating? That’s always the challenge for me. I believe creatives shape the way the world thinks and functions, and it is our responsibility to use that creativity in a responsible way.

As for balancing creativity and business sense. That’s a tough one. Many creatives either don’t know anything about business or don’t want to know anything about business. I think that’s where the role of manager and creative director are so important. We are the ones who are able to find balance between the two. That’s what many companies don’t understand. The role of creative director is crucial, as we both understand artistry and business and find a way to make the two coexist. My advice would be find yourself a good manager, who believe in you.

You have worked on numerous projects, can you tell us about some your past projects? Future projects for 2016!?

That’s a loaded question. I’ve been working on my own projects as well as with other companies and brands since I was 16. My first venture was a music label, where I managed a bunch of musicians and producers. That was fun. But that was my first taste of being an entrepreneur.

Since then I have worked on projects for international clothing brands, artists, musicians, athletes, etc. Last year I had the opportunity to work with Kanye West, on producing his Season 2 showroom in NYC. That was pretty awesome as he is an inspiration for what I do.

2016 is looking to be a great year. I am opening up a second gallery here in Brooklyn. Working on a really awesome for NBA All star Weekend with my client, Andre Drummond who will be in the All Star game for the first time. But what I am most excited about is this is the year I really start branding myself and engaging people with my story as well as doing a lot of social awareness and charity work. It’s all about giving back while you are here.

Who are some of the companies and other artists/creatives that you have worked with and are currently working with? What is Renaissance Collective? And what is Image Gallery NYC?

Renaissance Collective a creative agency that I founded in 2014. It is actually my dream company. I had in in my mind since I was 18 and took 5 years to finally bring it into fruition. Now I have the opportunity to work with a roster of incredibly talented people and really cool companies that understand the value of creativity and culture.

IMAGE is an art gallery and studio my partner founded and brought me on board to pretty much run the show. An art gallery was never part of my plan, but I must say it has been a great opportunity as it’s opened up many others and has allowed me to work with artists from around the world. Check out the gallery at www.imagegallery.nyc or @imagegallerynyc.

Now this question is a little different, can you tell us your most depressing moment in your career or even life if you are open to it, and how you worked to over come it?

There was a point in my life where I was actually homeless for quite some time. that was a hell of an experience. I made some moves in my life that might have been premature but I knew I needed to make in order to go where I needed to be. And it led to me not having a place to stay for while. It was definitely tough. But it was an experience that really built character, and put some things in perspective.

I just had to keep on working and fight through the depression. It’s life, but when you have that singular vision and that is the single most important thing in your life, everything else doesn’t matter. You really have to sacrifice in life to get what you want. Like really sacrifice. It’s all a part of the story though. I wouldn’t change a thing.

We have a saying/mantra/way of life known as “DO WHAT YOU DESIRE” or #DWYD. How does that apply to what you are doing in your life?

It applies perfectly. I left my comfortable job, home, and life all at once because I was miserable. I wasn’t doing what I wanted to do. Once I did that life got significantly harder, but I was able to breathe so much better. I was able to know that time was mine and I was able to do whatever I wanted to do with it. I am definitely still figuring it all out, BUT I can proudly and happily say I DO WHAT I DESIRE.

You guys can check out the agency page at www.renaissancecollective.com, my personal Instagram, @renaissanceco as well as Facebook at Steven Gonzalez Marin.

Last words of advice: Never settle, never compromise. Do what you feel is right for yourself. And be selfish, but let your mission be selfless.

Speak up! Let us know what you think.